A Foodie’s Guide to Whistler

Whistler’s food scene has come a long way since the resort opened in 1966. Back then, you were lucky to get a soggy burger and limp fries at the original Roundhouse Lodge! Whistler has evolved from no-frills ski town to sophisticated culinary destination – with restaurants catering to every taste and budget. 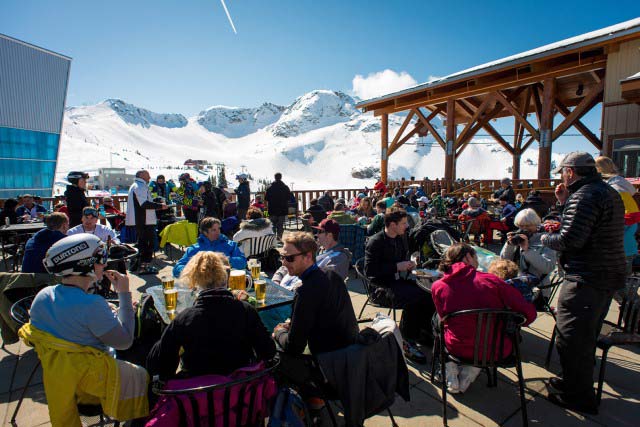 The movement to eat locally and sustainably has permeated the Whistler restaurant scene. The best establishments serve seasonal cuisine, and source local ingredients. Luckily, BC-sourced food is abundant, from fresh fruits and vegetables, wild sockeye salmon, halibut, oysters, spot prawns, and Dungeness crab caught in the Pacific just two hours away, and meats raised humanely around BC. Respect for locally-sourced food explains why Whistler’s top restaurants are held in high regard.

Creekside Restaurants - Second to None

Creekside visitors benefit from staying in the original heart of Whistler. The nearby Rim Rock Café opened in 1987, and has been delighting sophisticated palates since then. Locals have consistently rated the Rim Rick Café as the best restaurant in Whistler. Its long-time employees will ensure your meal is perfect from beginning to end, with expert wine suggestions and impeccable, attentive service. “The Rim” is best known for its exquisite seafood.

The new kid on the block in Creekside is the Red Door Bistro on Lake Placid Road, and has garnered rave reviews since its opening day. Helmed by long-time Whistler chef RD Stewart, the bistro’s food is described as “French meets West Coast”, served in an intimate, earthy atmosphere.

Just a few steps down the road is the Aura Restaurant in the magnificent Nita Lake Lodge, offering sophisticated seasonal food and BC wines. Head to the Village for More Fine Dining

Of course, foodies flock to Whistler Village where the dining options are endless. The Village is home to the famed Araxi (often named one of the best restaurants in Canada), the Bearfoot Bistro – with its award-winning cuisine under the direction of executive chef Melissa Craig, and La Trattoria, among many others.

Go on a foodie scavenger hunt, checking local specialities off your “to-eat” list – such as roasted Pemberton fingerling potatoes, Fanny Bay oysters, and award-winning wines from nearby Fort Berens Winery in Lillooet, BC, or the famed Burrowing Owl Winery in Oliver.

First and Last Stop for the Sweet Tooth

For more casual fare, Purebred Bakery, with its two locations in Whistler Village and Function Junction, offers a twist on traditional baking that will be sure to satisfy the most insatiable sweet tooth. Favourites among locals and visitors alike include the Nutella brioche and “crack” bars. 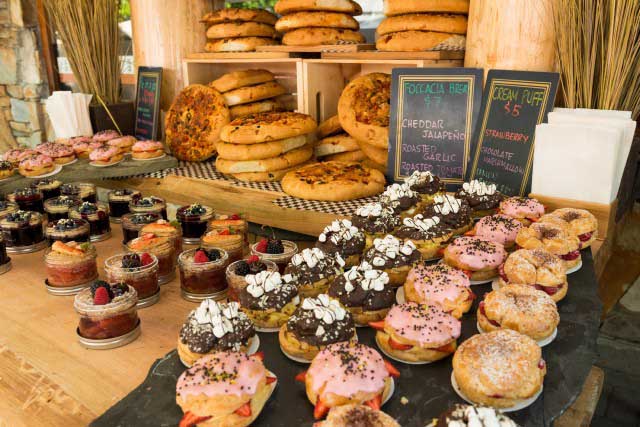 A foodie’s visit to Whistler would not be complete without a trip to the Farmers’ Market in the upper village. Farmers come from Pemberton – one of the most fertile and pristine valleys in BC – with fresh, seasonal produce. Pemberton farms, such as North Arm Farm, and Helmer’s Organic Farm, also supply Whistler’s top restaurants with the finest produce. If you are visiting Whistler in August, foodies may enjoy participating in Slow Food Cycle Sunday, an annual Pemberton event offering visitors a chance to meet local farmers and enjoy locally-grown food.

The best part of a culinary tour of Whistler? You can “work off” your discoveries on the slopes, the biking and hiking trails, and in the valley’s pristine swimming lakes. Then head out for more tasty adventures.