Audain 101: A Guide to the Audain Art Museum

Whistler has always been a popular destination for the adrenaline-junkies: skiers, snowboarders, and mountain bikers. The arts scene in the resort, on the other hand, has not been a big draw. Fortunately for those who love their fresh powder with a strong dose of culture, Whistler became an international art world destination in March 2016, when the 56,000-square foot Audain Art Museum opened its doors to the public.

With over 200 permanent art pieces donated mainly by Michael Audain, a BC property developer, and his wife Yoshiko Karasawa, Whistler residents and visitors now have a world-class museum to enjoy that celebrates the diverse art of BC, the only museum in Canada dedicated to the art of a single province.

A Museum in the Forest

Standing amongst a grove of majestic spruce trees, the museum building alone is well worth a visit. The building is LEED certified (awarded for sustainable building practices) and, amazingly, only one tree was felled during the construction process. First Nations Art from the Past and Present

The first of the museum’s galleries houses incredible aboriginal masks from local First Nations, including the Haida, Nisga’a and Tlingit. The gallery’s focal point is the massive cedar carving The Dance Screen (The Scream Too) by world-renowned Haida master carver James Hart. The work depicts figures (killer whale, eagle, beaver, frog, humans) in the physical world guarding a portal to the spirit world. Hart was mentored by renowned Haida carvers Bill Reid and Robert Davidson. His work has been shown in the Louvre, and in galleries and private collections around the world.

The second gallery is home to 24 important works by renowned BC artist Emily Carr. Carr is considered one of Canada’s preeminent artists and certainly the best-known BC artist of European descent. Some of her best-known works are displayed at the Audain, such as her dark, haunting The Crazy Stair (The Crooked Staircase).

Another BC artist of note whose work is prominently displayed is E.J. Hughes. Hughes was a painter of detailed BC coastal landscapes, and the Audain has many of his works depicting coastal scenes around Vancouver Island. One work features the ship that Michael Audain and his family travelled on when they immigrated from England to Canada. Hughes was a student of renowned Group of Seven artist, Frederick Varley, who also has works displayed here. 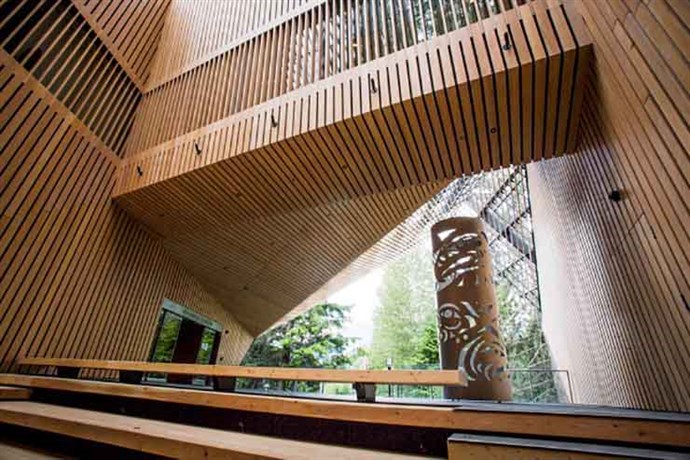 BC has a robust contemporary arts scene and Vancouver’s School of Photoconceptualism is well represented at the Audain, with works by Jeff Wall, Stan Douglas, Ken Lum, and Ian Wallace. Other prominent BC contemporary artists whose work is featured include Ron Terada, Arabella Campbell, and Gathie Falk.

Michael Audain is best known as a successful housing developer in BC. He founded Polygon Homes, and earned a fortune building and selling condos in Metro Vancouver’s booming housing markets. However, Audain also has an impressive background of social justice and activism. As a student at UBC in the early 1960s, Audain felt compelled to fight alongside hundreds of Americans to end the Jim Crow laws in the American South. He took part in the “Freedom Rides”, the practice of sitting in bus sections designated for African Americans. He was arrested for this, even though the US Constitution had, by then, outlawed segregation.

A strong social conscience has clearly not left Audain, regardless of his success in the business world. Many of the pieces of art that Audain and Karasawa have collected provide social commentary on the charged political landscape of BC. 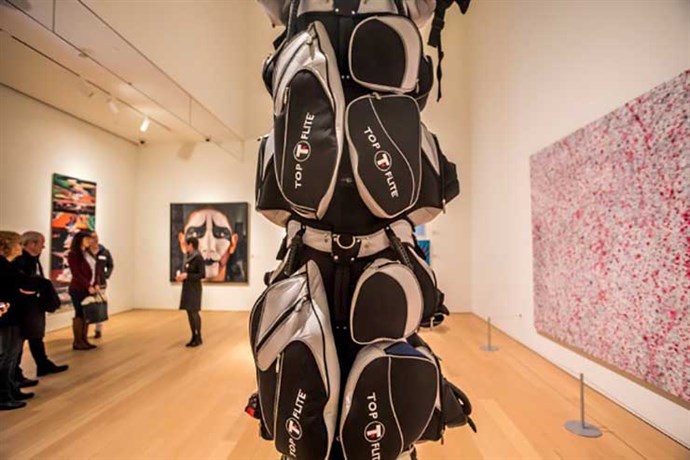 Art May Inspire, Provoke and Disturb

Audain himself has declared he will be “glad” if artworks at the Museum disturb or provoke visitors, as this means “the artist is communicating” with the viewer. Artworks by contemporary First Nations artist Lawrence Paul Yuxweluptun will do just that. Yuxweluptun has been at the forefront of creating Aboriginal art that provokes debate and discord about the unresolved, ever-changing relationship between BC’s First Nations communities and the province’s colonial history.

The Audain holds weekly walking tours, and new special exhibitions open every several months. Check in advance to see what will be on display when you visit.