A Visitor’s Guide to First Nations Culture in Whistler 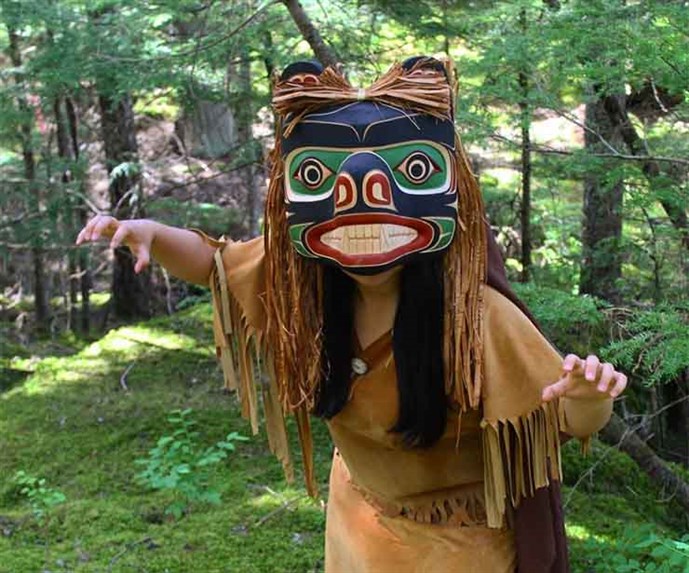 Where are you from?

“I’m from Vancouver, but my parents are from Scotland.” I’m from Ontario and my family has lived in Canada for three generations. And so it goes.

Here in Whistler the stakes are a bit different. Whistler residents like to call themselves “locals” after about four years. But who are the real locals? Not where you were born, not where your parents were born, or your grandparents, but where your ancestors were born and lived thousands of years ago. That important distinction in this region belongs to the Coast and Interior Salish people.

Where are you from? I’m from here.

The Squamish Nation are the original inhabitants of Stanley Park, North and West Vancouver, the Gibsons area on the Sunshine Coast, Squamish, and up to Whistler. The Lil’wat First Nation are the original inhabitants of the Whistler and Pemberton regions. European contact did not occur in BC until 1791, when the first “explorer” ships arrived in the Salish Sea (known colonially as the Georgia Straight). By contrast, First Nations artifacts have been found in the province that are 25,000 years old.

“The People are the Land and the Land is the People”

Since 2009, the Squamish and Lil’wat peoples have the Squamish Lil’wat Cultural Centre (SLCC) in Whistler to share their history, knowledge and culture with visitors and other residents. The Coast Salish are also known as the people of cedar and salmon. The short film that visitors to the SLCC are invited to watch states proudly that for the Coast Salish people “the people are the land and the land is the people”. Looking at the regalia, canoes, totem poles, and curated exhibits at the SLCC, it is clear that Coast Salish culture is inseparable from the environment. 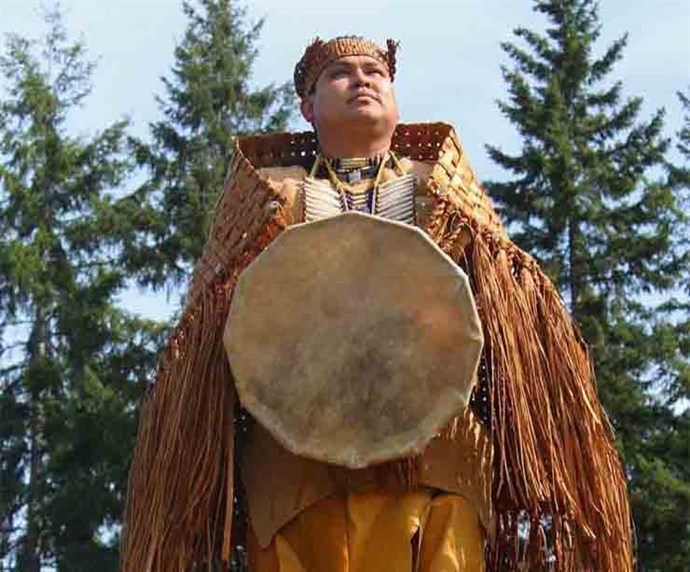 What’s in a Name?

How someone refers to a physical place is significant. Take Stanley Park for example, which was named after Canada’s sixth Governor General, Lord Stanley, in 1888. The Squamish Nation, for whom “Stanley Park” is located in their traditional territory, and was home to settlements of Squamish people thousands of years ago, call this piece of land Xwayxway (pronounced kwhy-kway). There is a push to rename Stanley Park back to its original Indigenous name.

The Many Uses of Cedar

What is the significance of cedar to the Squamish and Lil’wat peoples? Cedar has traditionally been used by the Coast and Interior Salish for the most important aspects of life. Its inner bark was used for clothing and woven baskets. Cedar is prized for its moisture resistant properties, and is one of the few materials that retain its strength when wet. Today, you can see Coast Salish people wearing woven cedar hats, which are great rain protection. Cedar is prized for shelter and is traditionally used for Squamish longhouses, one of which was built for the SLCC for display, education, and ceremonial use. The SLCC also has a pit house, the traditional subterranean dwelling of the Lil’wat. The SLCC also has a cedar canoe on display, which is used annually for ceremonial ocean voyages.

A Strong Tradition of Weaving

The Interior Salish are still renowned for their tradition of intricate basket and blanket weaving. At the entrance to the SLCC you will see carved spindle whorls hanging in the entrance. These are carved with animal images, and it is believed that the unique characteristics of these animals would be spun into the wool to protect the wearer. Spindle whorls are traditionally used for spinning yarn from mountain goat wool, inner cedar bark, and the hair of a now-extinct Spitz-like dog called the Salish Woolly Dog. Mountain goat hair was prized, rare and valuable, as­­­­­ mountain goat habitat was rocky, steep, and difficult for people to access. The wool was collected off rocks where the mountain goats would shed in summer months. The SLCC has exhibits explaining the significance of traditional regalia, how it was made, what the woven patterns meant, and what the garment was made from.

The animal symbology evident in so much Coastal Salish carving, be it canoes, paddles, spindle whorls, masks, or totem poles, has specific meaning. The animals widely used in Coast Salish culture have important stories associated with them. They can confer different protections on people, dwellings, and means of transportation, such as canoes.

Stories of the raven, frog, bear, eagle, killer whale and beaver can be found in many artifacts in the SLCC, and these animals and their stories play prominent roles in both Coast and Interior Salish culture.

Since the late 1800s, Indigenous culture was suppressed. Aboriginal children across Canada were forced to leave their families and study colonial curriculum at residential schools. As a result of the residential school legacy, and other injustices, the majority of Coast Salish do not speak their native language. Today, there are only about a dozen fluent speakers of the Squamish language.

British Columbia, as with many parts of Canada, is constantly evolving in its relationships with First Nations, its European colonial settlers, and its more recent immigrants from around the world. In visiting the SLCC you will have taken a step to understanding the people that have lived here and thrived here long before Myrtle Phillip and her fishing lodge, or Franz Whilhelmsen and his chairlifts arrived in the Whistler area.

Prior to the opening of the SLCC, Squamish and Lil’wat culture has been virtually invisible in Whistler. Initiatives such as the SLCC, new provincial legislation mandating Coast Salish languages being learned in Sea-to-Sky public schools, and a recent economic partnership signed between Lil’wat and Squamish First Nations and Whistler Blackcomb, will ensure the culture of Coast and Interior Salish people will thrive.