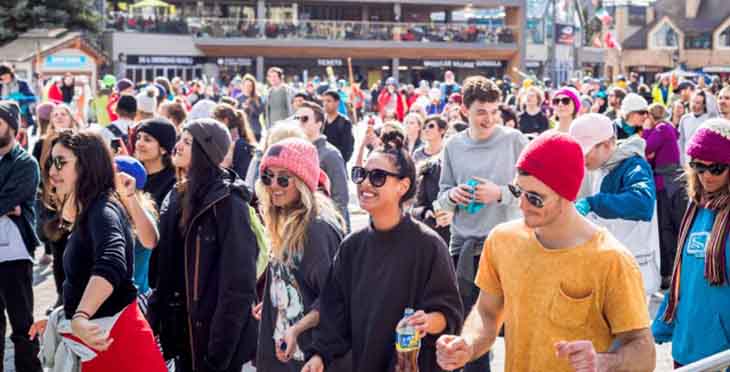 The World Ski and Snowboard Festival is bringing the party back to Whistler this April 10th - 15th, 2018. Music is usually a pretty big deal at WSSF and this year will be no different, from the big stage to after-parties, you’ll be able to dance it up all festival long! This year, festival headliners include A Tribe Called Red, DJ Jazzy Jeff, and more. You won’t want to miss a minute of the action at the 2018 World Ski and Snowboard Festival. 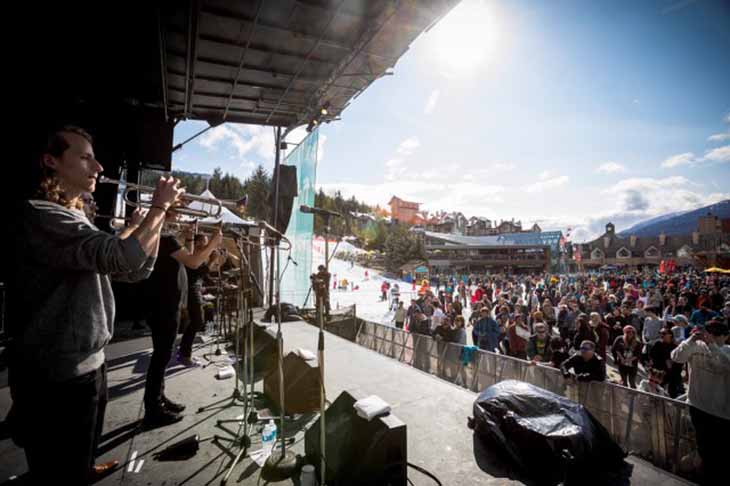 Head over to our previous blog post about WSSF 2018 to learn more about the events happening this year, including; Saudan Couloir Ski Race Extreme, Monster Boardstyle Championship, Twisted Tea Slush Cup, 72HR Filmmaker Showdown, and so much more!

This year the WSSF music series welcomes A Tribe Called Red! Hailing from the nation's capital, native DJ crew A Tribe Called Red has been creating a truly unique sound in the global electronic music scene and urban club culture. Come check out these uniquely Canadian artists as they perform during the Ski and Snowboard Big Air competition at Skiers Plaza in Whistler.

Send off WSSF the right way by attending the final stop of the Mountain Magic Tour – The END. Get ready for a PK sound and lighting production featuring dancers, art installations, and more. The END’s music lineup will have the Mountain Magic Tour crew – Smalltown DJs, Christian Martin, Mat the Alien, Ardalan, and a Case of the Mondays – playing along with Mija, DJ Sinden, and DJ Craze.

First Tracks Lodge offers you unparalleled mountain access right from your hotel! Check out some of our deals and packages to get yourself the best Whistler vacation possible!