Skateboarding in Whistler - All You Need To Know

Whistler has the reputation of being one of the worlds best destinations for skiing and snowboarding. During winter you’ll find riders in the park, on both Blackcomb and Whistler, hitting all manner of features from jumps, to rails, wall rides, and more.

When summer comes around, and the snow is gone, you’ll find that most of these people swap their skis and snowboards for skateboards. Whistler has a strong skateboarding scene that is growing year on year and thanks to the new Whistler skate park, it shows no sign of slowing down. 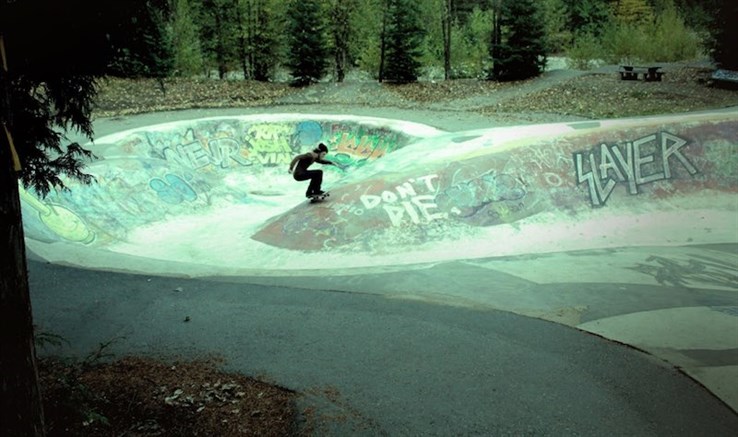 Where Can I Skate In Whistler?

The most popular skate area in Whistler is definitely the recently rebuilt Whistler skate park. The skate park is located beside the Day Parking Lots, in between the village and Fitzsimmons Creek. The Whistler skate park is rideable between April and November. It’s floodlit, and the lights stay on until 1 am, giving everybody plenty of time to skate.

The new and improved skate park was reopened in May of 2016 at a cost of nearly $1,000,000. The refurbishment included a brand new street section of rails, steps, and lips, while the snake bowl was resurfaced. You’ll also find a quarter-pipe, a bowl, a spine, and a central pyramid, all of which make Whistler skate park the second largest skate park in Canada.

Skating is not just limited to Whistler skate park though. Here in Whistler, we are lucky to have 40km long, paved trail network called ‘The Valley Trail’. This trail is completely pedestrianized which means that it is one of the best places to skate in Whistler. The Valley Trail network stretches from Function Junction in the south, right through to Emerald Estates in the north. The network links Whistler village with some of our most beautiful lakes, forests, and neighborhoods. Skating the Valley Trail is and exploring the area is one of the best ways to spend a summers day.

There are also some fantastic skate parks near Whistler. Both Pemberton and Squamish boast a strong skate screen. The skate park in Pemberton has a bowl, ‘deathbox’, and even an over-the-vert section. Squamish skate park is another large, outdoor skate park that plays host to the annual Bowl Series. 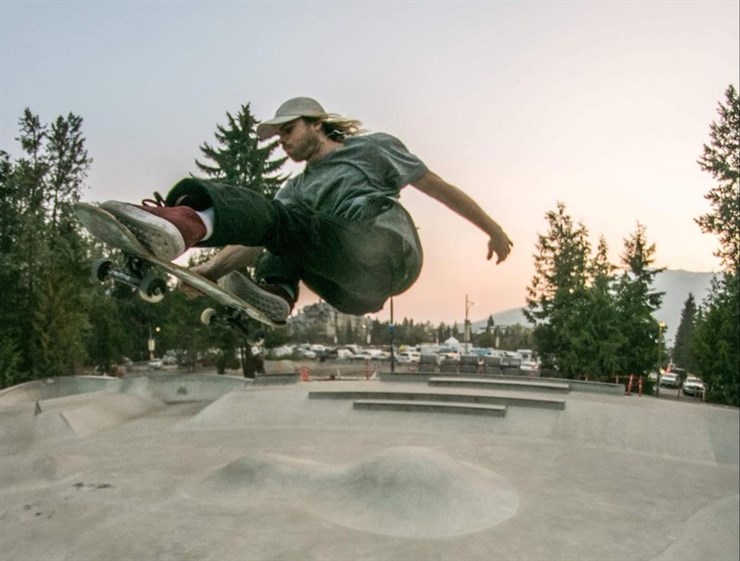 Skateboarding in Whistler is becoming more popular year on year. Skateboarding and snowboarding have been intertwined ever since snowboarding was invented, which means it’s pretty prominent in a snow town like ours. The original Whistler skate park was designed and built in 1991 by Monty Little and Terry Snider. They based their design on skate parks in Vancouver during that time.

This surge of interest in skateboarding in Whistler lead to the opening of independent skate shops in Whistler. The original skate store is ‘The Sk8 Cave’ in Function Junction. The guys and gals here stock a wide range of decks, trucks, wheels, and bearings. They even have their own indoor mini-ramp in the back for you to try out your latest hardware. They also have a well-stocked clothing section as well. ‘The Circle’ on Main Street opened in 1997 and has been the go-to place in Whistler for skate clothing and brands. Like any good skate shop, ‘The Circle’ is a chilled out shopping experience with high-quality brands.

Whistler also plays host to skate events throughout the summer. The Vans Showcase Skate Jam happens in late August and attracts some of Whistler’s best skaters trying to win some of the $1,000 prize money. The Bowl Series makes its final stop in Whistler and skaters compete to see who can put the best run down in the bowl. Garfinkel’s night club (or Garfs to the locals) hosts a skate night on Thursday nights. There are some prizes up for grabs as well as the chance to meet with some other local skaters.

Simon Dunand is a long-term Whistler local. In winter you’ll find him ripping powder laps on his snowboard and lapping the park all day long. In summer you can find him skateboarding in Whistler skate park. He is one of the most well-known skaters in town.

Simon Dunand - “Skating in Whistler is unique as you see a variety of different styles all come together in one place.”

FTL - “Do you think there’s a strong skating culture in Whistler?”

SD - “Yes the skating culture has become quite strong in Whistler, especially with the younger generation, continuing to prove that skateboarding has plenty of life in Whistler.”

FTL - “What’s your opinion on the new Whistler skate park?”

FTL - “What would you say to anybody thinking about coming to Whistler to skate?”

SD - “For anyone wanting to come to Whistler to skate, it’s worth it! Check out the Squamish and Pemberton parks when you’re in the area too!” 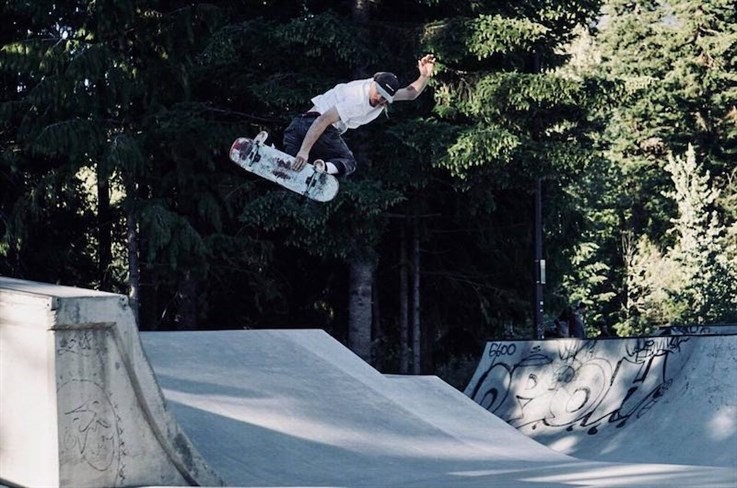